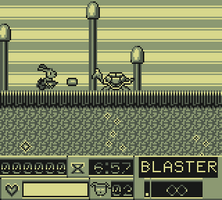 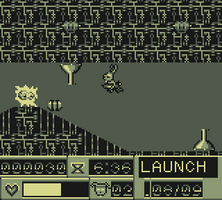 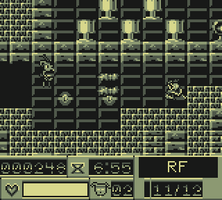 Ever wondered what tool I used to make the levels for this game? Well wonder no more! I'm releasing the level builder, from more-or-less the exact state it was in when the Demake Jam ended,  for public use! There are some quirks and such noted in the included readme, so make sure to read that before using it. Also, the game can (currently, at least) only load the levels if you overwrite the existing levels, so make sure to back up your existing level files before getting started with it.

Odds are very high that, if I do any further updates for this project, it'll be adding in more content and fixes and such specifically included for the sake of user-made levels, rather than adding in more levels officially.

That being said, have fun!

Hi, I recently (a few weeks ago) downloaded the Level Builder for Bun and Gun, but just today, Microsoft Windows Defender flagged that program as a Trojan:Win32/Fuery.Blcl of a Severe threat level. Do you know what's happening?

Heck if I know, though I do know that games made in Clickteam Fusion 2.5 seem to like to be picked up as false positives through heuristic analysis. I'll run it in VirusTotal to see what other scanners might also be complaining, and then see what I can do to get it all cleared up.

...I've run it through VirusTotal and VirusTotal doesn't seem to pick it up as being scanned by Windows Defender (a select few other scanners do pick it up though apparently)? Weird. Well uh, feel free to submit a false positive report here if you want, or you can tell me what definition version of the program is causing it to be picked up and I can do it myself (the definition version isn't required but will make it faster): https://www.microsoft.com/en-us/wdsi/filesubmission

(Here's how you can find out what definition version you have: https://docs.microsoft.com/en-us/windows/security/threat-protection/windows-defe... )

For what it's worth, the Five Nights at Freddy's games also have issues with being detected as false positives, and were made in the same engine. As with many other Fusion-made games. It's always a few random scanners, McAfee appears to be a particularly bad offender there though.

That being said, I have no idea what the heck happened here and if you want to remove it just to be on the safe side, I can't blame you.