Bun and Gun is a high-speed run-and-gun platformer where you play as Bun E. Bazooka in an attempt to save the Jade Kingdom from the vile clutches of the surprisingly-vampiric turtle Shelltopias Turtatory Von Turtula.

It is also a Gameboy-style demake of Jazz Jackrabbit 1's shareware episode, made for the Demake Jam.

Q: Can I remap the controls?

Q: Why is the game so hard?

A: Because Jazz Jackrabbit 1 was hard, especially later on and on higher difficulty settings. I'm hoping the effectively unlimited lives and easy mode are enough that most players can at least beat the game.

Q: Why is the main villain a vampire turtle?

A: Because I thought it'd be an interesting change compared to the original game.

A: Please report it ASAP. I don't plan on fixing any bugs until after the Jam ends, but once it's ended, I may fix some of the most important ones.

Q: I don't like one of the levels, can you change it?

A: Possibly. Let me know which section or sections you don't like, and I'll see what I can do.

Q: I don't like the final boss on hard mode!

A: I didn't really have time to remove the collision damage in the second phase of the final boss, which only shows up on hard mode and above. If you don't like it, I may see about fixing it in a future build, but for now, it is the way it is. *shrugs*

Q: Why is my question not listed here?

A: Because I didn't think of it and nobody's asked me it yet. Feel free to suggest things to add to this!

Since this game is a Jazz Jackrabbit demake, as per Epic Games' fanworks policy, I feel like it's best for me to include this notice juuust to be on the safe side (even if I'm pretty sure I've avoided any direct Jazz Jackrabbit references in-game, the collectible sprites are admittedly preeetty similar to the originals, albeit a bit smaller and in 4 colors etc. etc.):

Portions of the materials used are trademarks and/or copyrighted works of Epic Games, Inc. All rights reserved by Epic. This material is not official and is not endorsed by Epic.

Make sure to extract the entire ZIP file.

I really wish it would be a proper GB ROM
by Dariusz "Darkhog" G. Jagielski · 2 posts
27d
Post a new topicView all posts 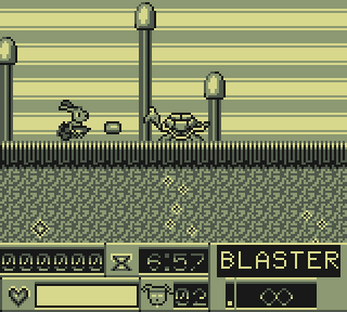 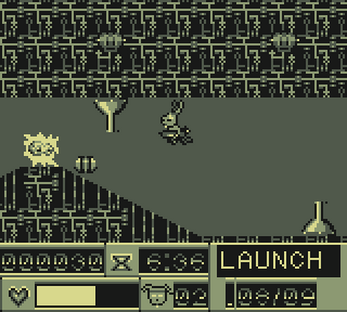 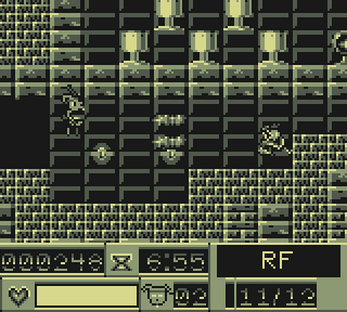